Book Review: On the Island by Tracey Garvis-Graves When thirty-year-old English teacher Anna Emerson is offered a job tutoring T.J. Callahan at his family's summer rental in the Maldives, she accepts without hesitation; a working vacation on a tropical island trumps the library any day. T.J. Callahan has no desire to leave town, not that anyone asked him. He's almost seventeen and if having cancer wasn't bad enough, now he has to spend his first summer in remission with his family - and a stack of overdue assignments - instead of his friends.

Anna and T.J. are en route to join T.J.'s family in the Maldives when the pilot of their seaplane suffers a fatal heart attack and crash-lands in the Indian Ocean. Adrift in shark-infested waters, their life jackets keep them afloat until they make it to the shore of an uninhabited island.

Now Anna and T.J. just want to survive and they must work together to obtain water, food, fire, and shelter. Their basic needs might be met but as the days turn to weeks, and then months, the castaways encounter plenty of other obstacles, including violent tropical storms, the many dangers lurking in the sea, and the possibility that T.J.'s cancer could return. As T.J. celebrates yet another birthday on the island, Anna begins to wonder if the biggest challenge of all might be living with a boy who is gradually becoming a man.

From the second I started this book I couldn’t but it down. I was completely hooked. I was so upset that I couldn’t finish it in one sitting because it took over my life. This is one of those books that you need to find out what is going to happen. You become so attached to the characters that even when you’re not reading all you are thinking about is them. Will they survive? Will they be rescued? Will they fall in love? What happens if they do get rescued? Will their lives ever be the same?

Anne is an English teacher who has been waiting far too long for her boyfriend to decide he is ready for marriage. She can practically here her biological clock ticking. When Anna gets a job tutoring for a wealth family in their summer house in the Maldives, it’s time to decide whether too stay or go.

TJ has finally got some good news. The cancer is gone! So when his parents want him to spend the summer catching up on the school work he has missed he couldn’t be more annoyed. Thinking he would finally be able to spend time with his friends and be a normal teenager it’s the last thing he wants to do.

As the Anne and TJ make their way to the Maldives to meet up with his family they experience a few bumps along the way. However, it isn’t until the two boards a private seaplane that everything goes wrong. The pilot suffers from a heart attack and the plane plummets into the Indian Ocean. TJ and Anne are saved thanks to their life jackets and wash up on an uninhibited island. They must work out how to get water and food in order to stay alive long enough to be rescued. As the days turn into weeks the two lose all hope and resign to the fact that they now live on the island.

When they are finally rescued after over three years they must learn to live back in the real world. With media following their every move they both must decide what they want in life.

I haven’t read anything by Tracey Garvis-Graves before, but this was amazing. I would definitely read more. It wasn’t soft and lovey, if you know what I mean. Think Lost, I mean apart from all the weirdness going on, they all seemed so ok with the fact they were stuck on an island. I mean one person had a baby!!! This book dealt with hard issues, dangers in the sea, contamination, dehydration, malnutrition, depression and loneliness. Garvis-Graves can make you feel so connected to the characters I was actually crying through a lot of the book.

I loved the way that it was written. There was never a minute where I was bored with what was happening. The dangers that Anne and TJ faced seemed so real and completely realistic. You were able to see the story from both characters perspectives, which is always great.

I was a little apprehensive at first because I usually find it difficult to read about characters that are in their thirties. It is because I have trouble relating. Not to mention that the blurb says that the boy is only sixteen, which is a little be gross. The way it is written however, I hardly even noticed it. The relationship between the two is formed on the basis of survival. There is nothing inappropriate about it. Their bond grows slowly and you fall in love with them falling in love. It is completely natural and understandable as they are stranded on an island.

It isn’t a normal love story. It is powerful and passionate and so incredible. I absolutely loved it.

Stay tuned for a review!!! 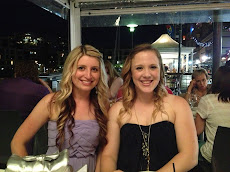